Bitcoin Is Poised to Lead Crypto’s Next Big Rally

We won’t be talking about a record-setting rally today. In fact, most crypto assets remain well within the trading range that’s bound them since early September.

But the action over the seven-day trading week ended Thursday does indeed qualify as “positive.” That’s because markets continue to simply ignore a seemingly endless barrage of supposedly negative headlines.

In recent days, for example, President Trump declared there will be no bailout package for the foreseeable future, at least until after the November election. And then he reversed himself, slowly at first and then totally.

The response? In the short term, we did see some downside in global markets, and crypto was no exception. As the days have gone on, however, we’ve seen an across-the-board return of positive — albeit cautious — upward momentum.

With regard to the crypto space, overall, the week was a wash. The Weiss 50 Crypto Index (W50) posted a 1.10% gain. What’s more telling is what happened intraweek ... 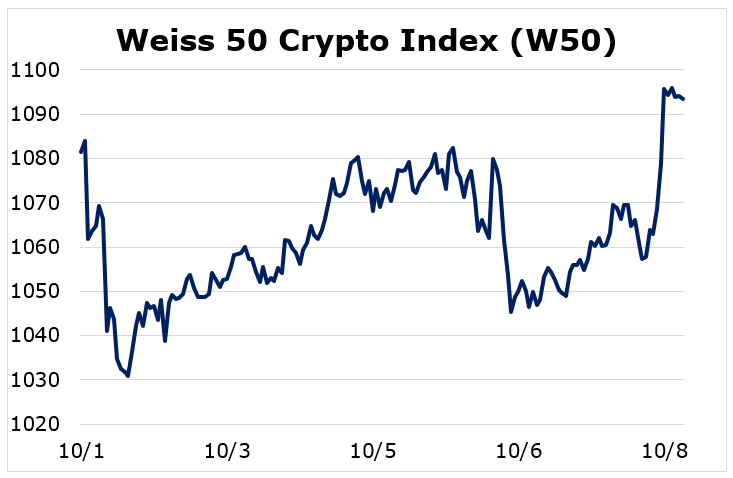 As the chart reveals, the week began with a sharp selloff — that’s new of President Trump’s positive COVID-19 diagnosis hitting the tape. We headed higher from there, though we did see some selling around Oct. 6; that’s the impact of the Donald’s infamous “the deal is off” tweet.

The encouraging bit of news: It took a day for the markets to shrug it off and continue the march higher.

We see the same sort of action when we strip out Bitcoin and focus on the altcoins. The Weiss 50 Ex-BTC Crypto Index (W50X) posted a 0.25% increase on the week, but, again, the trading pattern is the thing ... 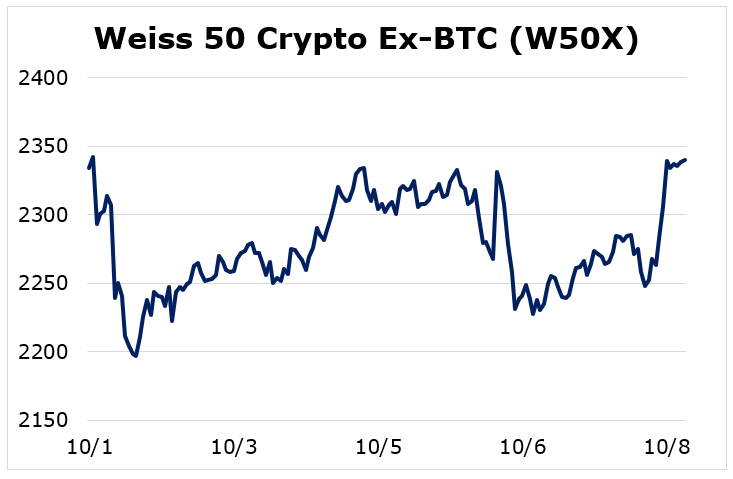 As you might have surmised, we see the same pattern when we split the industry by market capitalization.

The Weiss Large-Cap Crypto Index (WLC) ended its fluctuations up 2.65% on the week ... 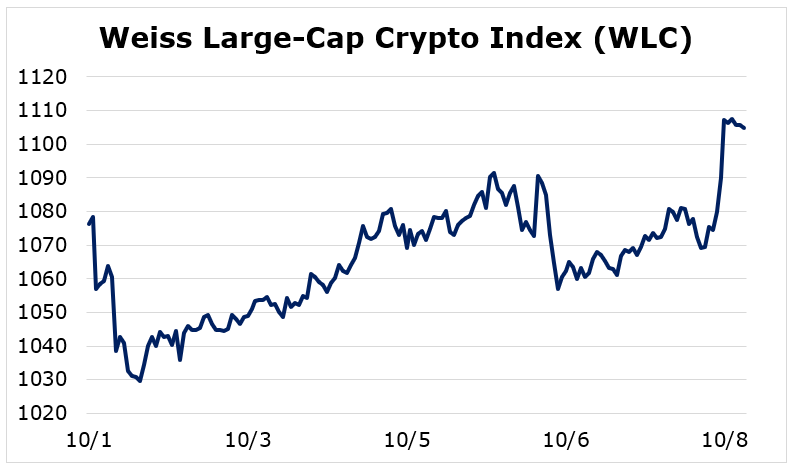 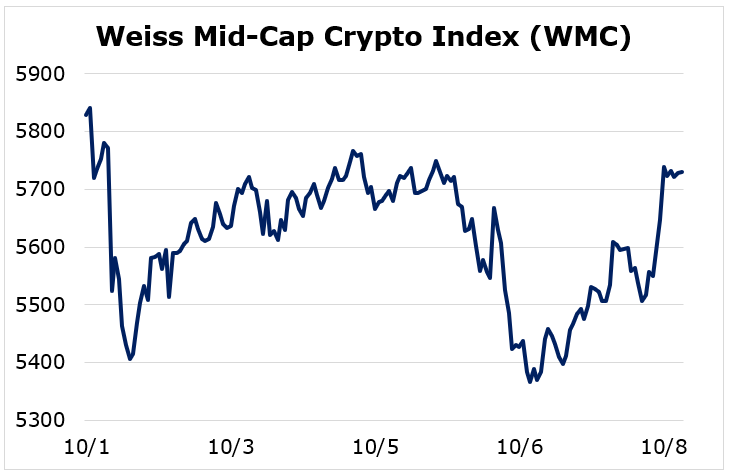 Finally, the smallest sub-sector fared the worst, and the pattern here does break down some, as the Weiss Small-Cap Crypto Index (WSC) lost 5.23% on the week ... 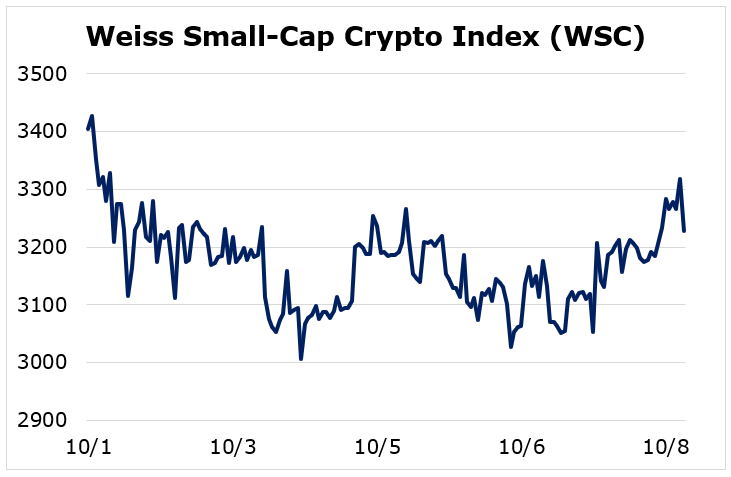 So, we have two stories here, both equally bullish.

On the one hand, we see markets ignoring the flurry of negative headlines, as was the case last week.

On the other, we see Bitcoin (BTC, Tech/Adoption Grade “A-”) continuing to outperform the rest of the market, as the indexes where BTC dominates — the W50 and the WLC — are the clear winners this week.

Meanwhile, the crypto market generally continues to build a solid base from which to rally, as has been the case since September. Note, too, that BTC has never had a single close below the psychologically important $10,000 level.

We’re also seeing Bitcoin take the lead this time around, as opposed to the March-to-August period, where most of the action was clearly centered on altcoins.

Bitcoin is still the undisputed King of Crypto, so any time we see it leading the way, we can be certain new money is entering the space.

This, more than anything else, will be the key driver for crypto prices going forward.