Bitcoin (BTC, Tech/Adoption Grade “A-”) continues to set record highs — indeed, the King of Crypto’s price has doubled in the last month.

And the broad cryptocurrency market set an impressive new milestone during the seven-day trading week ended Thursday, as its total market capitalization surpassed $1 trillion for the first time ever.

This week was phenomenal all around, as most cryptocurrencies melted up despite a relatively slow start. In most bull runs, Bitcoin initially leads the way. The altcoins typically follow later, and we’ve seen that play out over the last couple months. 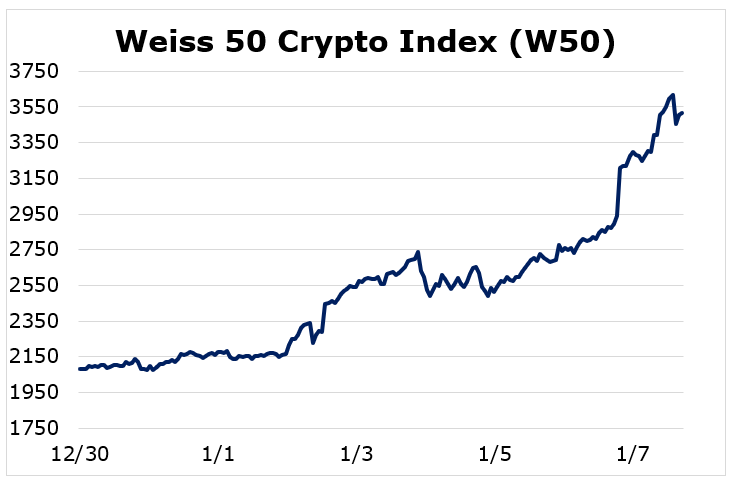 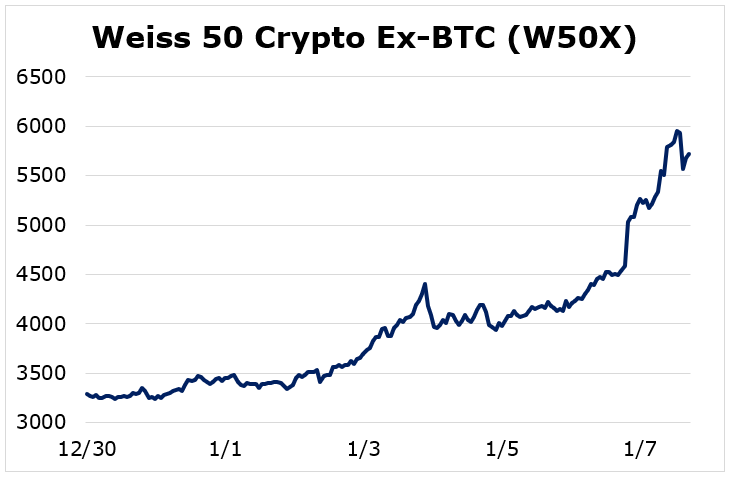 Breaking down performance this week by market capitalization, it’s clear that no fry were left behind in the rally. 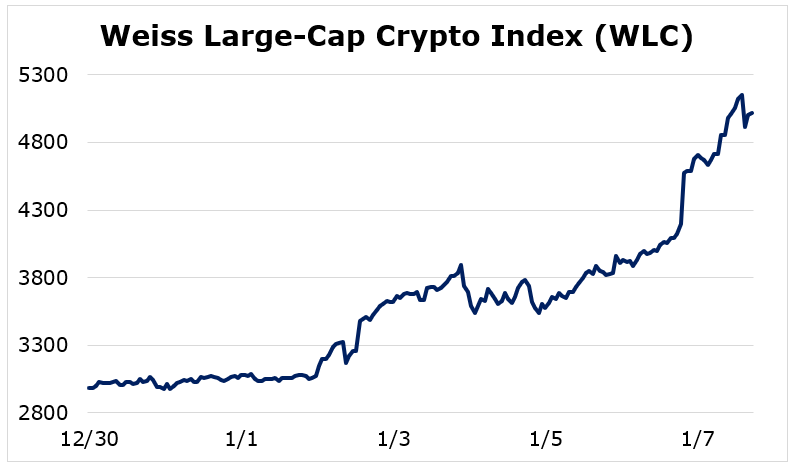 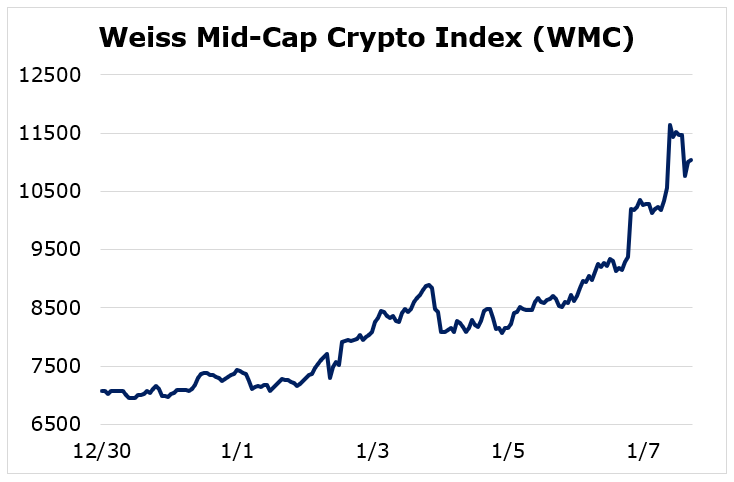 Small-cap cryptocurrencies rocketed upwards with the rest of the market, as the Weiss Small-Cap Crypto Index (WSC) climbed 62.78%. 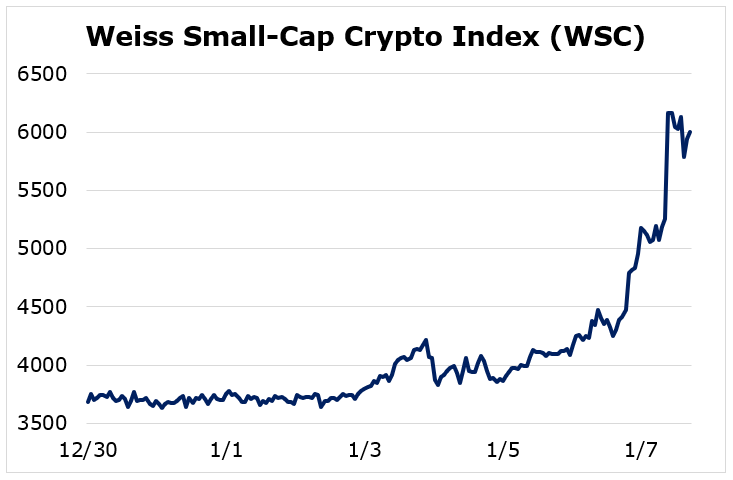 It was a massive week for crypto, as the asset class set an important new milestone after exceeding $1 trillion in total market capitalization.

Given the way crypto has been performing, don’t be surprised if we see a short-term correction sometime soon. However, these potential corrective dips can offer buying opportunities because the factors driving crypto’s adoption and use aren’t going anywhere.

Bitcoin led the way once again after charging past $40,000, and altcoins mostly kept pace. Bitcoin’s market dominance remained 71%, but a few notable altcoins have been able to outperform it.

Ethereum (ETH, Tech/Adoption Grade “A”), the second-largest cryptocurrency by market capitalization, has exploded even faster than Bitcoin. The Queen of Crypto is up almost 800% in the last year, nearly doubling BTC’s performance.

Ethereum focuses on smart contract technology, which is the execution of programs when certain specific conditions are met. Other important tokens are built on the Ethereum blockchain, and the price of admission is its token, ETH.

Ethereum’s platform is a critical ecosystem for decentralized finance (also called DeFi), and it’s likely only a matter of time before institutions begin to look for exposure.

For now, institutions continue to pile into Bitcoin. Coinbase, the largest U.S. crypto exchange, acquired the startup Routefire, a notable provider of trade execution infrastructure, to help it process large transactions from institutions looking to invest their assets in Bitcoin.

Coinbase recently processed MicroStrategy Inc.’s (Nasdaq: MSTR) $425 million investment, and the company is readying itself for an initial public offering in traditional markets. Coinbase has already submitted its S-1 filing to the Securities and Exchange Commission.

Macroeconomic factors also continue to favor digital assets. With the Georgia senate runoffs now behind us, it appears the Democrats picked up the two additional seats. This will open the floodgates for more government spending and fiscal stimulus.

The crypto market wasn’t relying on this outcome because the Federal Reserve would have picked up the slack if Republicans won. But it does green-light a new massive fiscal stimulus bill that threatens the long-term stability of the U.S. dollar.

We’ve seen these reflected in Bitcoin’s price — and Ethereum’s.

And we still have a long way to go.